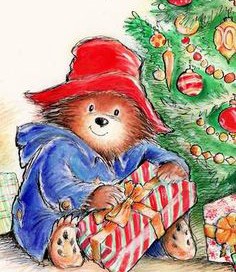 What is it they say, inspiration can hit you anytime anyplace, well that certainly rang true for me over the weekend while I was watching the film Paddington (for the umpteenth time). There I was thinking how Ben Whishaw’s dulcet tones are perfect for the voice of Paddington much better than Colin Firth’s would have been (he was originally cast) when I had an inspired thought into why my cinema tastes have changed in the last few years.

Of late I had noticed that I don’t have the same stomach I used to have for much of the cinema ware that is on offer today but I never really considered how this came about until Paddington. As a child Paddington and the Wombles were my happy place. I have this very vague memory of a birthday party – maybe my third or fourth – that had a mixed Paddington/Womble theme. It was memorable mostly because I was gifted a Paddington Bear and a duffle coat of my own; the coat was worn to death, even when it no longer fit I would try to pour myself into it until one day it mysteriously disappeared and reappeared on my cousin (my mother swore it wasn’t my coat but I have never been convinced).

And while the coat might have gone walkies, Paddington always remained ever dear to me. In fact one of my first to-dos when I landed in London as an adult was to visit Paddington station and pay homage at the statue of him – I wasn’t overly impressed by it (far too small) but out of nostalgia it had to be done and nostalgia was what drove me to the cinema to see the film a year ago. I have seen it many times since, I can’t help it – Paddington has become my happy place again. Cinema has always been a means of escapism for me. The 90 or so minutes I watch something I want to be absorbed into a world different from the one I live in. I think because we live in these precarious times, I am choosing more and more not to expose myself to negativity where I can, like in the films I watch and this film with its loveable central character and rather twee story is the perfect anecdote.

And yet as lovely and family friendly it is, it is also entirely appropriate for today with its central theme of tolerance and acceptance the film strikes a palpable chord within all of us – for Paddington is a refugee. You know this of course if you grew up reading the Michael Bond books (do children today read Paddington?) if you did then like me, you are familiar with Paddington’s journey from deepest darkest Peru to London and you remember the note attached to his coat that read “Please look after this bear. Thank you” and how he eventually found a home with the Brown family at 32 Windsor Gardens. If you know this then also like me you have most likely embraced the talking ursine with an endless capacity for getting into trouble into your life. How could you not! It’s always the naughty ones we love best.

Paddington – a joyous and witty film about a bear called Paddington who has a penchant for mischief and marmalade, for kids of all ages especially really BIG kids who might need reminding that xenophobia has no place in our world. The perfect activity to while away a few hours during the Christmas hols. The added bonus is Nicole Kidman, who plays a kinky stiletto heeled taxidermist, the villain in the piece. She looks like she’s having the time of her life in the role.

Also in the news: I would like to know whose smart idea it was to release Star Wars: The Force Awakens the week before Christmas! Boxing Day releases are bad enough but in Christmas week! Seriously! It is going to be a good ten days before I get to go by which time save for a social media blackout I’ll know too much #NotHappy #theForceAwakens #theForceisStrongwithThisOne ♥ Something I can get behind 100% is the climate change deal. See what can be achieved when we unite as a planet. The world has set itself a serious goal now that a deal has been agreed in Paris, its historic, its ambitious, its time – let us hope this momentum continues into the new year for this is not our planet to pillage and there is no time to lose #COP21 #ClimateChange #GlobalCitizen ♥ As loathed as I am to mention the thing that is Donald Trump, I have this theory about him: I am of the thinking that he has been recruited by the Clintons. Think about it; he is/was friends with them (they even went to his last wedding) and he was a Democrat once upon a time. Any thinking person knows the GOP has become a joke, that their hatred for the President has overshadowed their love for their country thus thwarting what could have been an inspirational residency for Obama. The rise of the Trump has potential to not only get my girl Hils into the Oval Office but to tip the balance of Congress in favour of the Democrats because heaven forbid he win the nomination who in their right mind would vote for the Republicans. Yes the more I think about it, the more brilliant it is, it’s like the Manchurian Candidate has leaped from the screen into real life. What else could possibly make sense of the vitriol that comes out of his mouth, the alternative is just too awful to contemplate #Hillary16 #ImWithHer ♥ And lastly I appeal to you dear Reader. I pray you never become a refugee. I pray you never have to flee your country with nothing more than the clothes on your back. I pray you never have to leave behind your home, your pets, your burgeoning career or business. I pray you never lose loved ones by torture, or missiles or drowning or malnutrition. I pray you never have to spend an European winter in a tent. I pray you never find yourself hopeless in a foreign land not knowing the language and scared because you don’t know what is to become of you. I pray all this for you but most of all I pray, that god forbid should you become a refugee, that you experience the very best humanity has to offer – kindness and compassion and love. This is my prayer for you and I appeal to you as you get busy buying Christmas presents for loved ones, PLEASE spare a thought for our fellow refugee brothers and sisters; who were once like you and I – doctors, lawyers, shop-keepers, bankers, business owners, drivers, architects, students, care free school children – who ARE human beings and PLEASE show you care what happens to them and donate what you can PLEASE #RefugeeCrisis #PleaseGiveHere #SpreadASmileOfJoy #WeAreAllRefugees